Too little sleep linked to health problems in children, teens 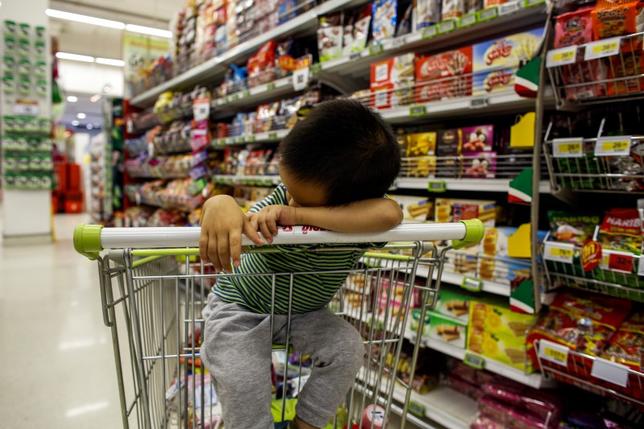 Updated sleep recommendations for children and teens point to the benefits of getting enough sleep and the dangers of getting too little.

“At least 25 percent of 12-year-olds get less than the recommended nine hours of sleep per night and there is increasing evidence that this impacts learning and memory,” said Dr. Stuart F. Chan of Brigham and Women’s Hospital, Boston, a coauthor of the new American Academy of Sleep Medicine (AASM) guidelines.

The new recommendations, online now on the AASM website and scheduled for publication in the Journal of Clinical Sleep Medicine, “use a more rigorous evaluation of the scientific literature than was used previously,” Chan told Reuters Health by email. “The range of recommended hours of sleep for each age grouping is wider than before,” but the guideline still stresses that children and teenagers “need substantial amounts of sleep.”

For optimal health, children and teens should get the following hours of sleep (per 24 hours) on a regular basis:

– Infants four months to one year of age: 12-16 hours, including naps;

Sleep disorders that keep youngsters from meeting these recommendations take a toll on their health, Chan notes. For example, he said, “sleep apnea is associated with poor school performance, mood and behavior problems, misdiagnosis of ADHD (attention deficit hyperactivity disorder) and, if severe, potentially heart problems.”

Insomnia, which affects up to one in four adolescents and one in three preschoolers, is associated with “poor school performance, increased mood and health problems and risk of self-harm and suicidal ideation,” said Chan. It’s also associated with increased risk of developing a new medical problem and starting the use of a new psychiatric medication.

The biggest challenge is making sure the child has enough time in bed, Chan said. “Frequently, a child or teen will not go to bed early enough or they are awakened too early. The reasons for this are varied, but revolve around family dynamics, social issues and, in the case of teens, school start times.”

Here are some suggestions to promote better sleep:

– Don’t allow TV, cell phones, tablets or other electronic devices in the bedroom; in addition to distracting children and teens, they often emit light that delays sleep onset, according to Chan.

– Limit intense activity in the hours before bedtime.

– Keep sleep schedules the same on weekdays, weekends and during school vacations. “Adopting an irregular schedule during summer vacation means it will be harder to readapt when school starts again,” Chan says.

Chan advises parents to talk with their family doctor or a pediatrician if sleep problems persist.

Dr. Dan Combs, an assistant professor of sleep medicine at the University of Arizona College of Medicine, Tucson, told Reuters Health by email, “Given the increasingly busy schedules of children, particularly teenagers, parents can use the guidelines to determine if their child even has enough opportunity (time in bed) to get the recommended amount of sleep to optimize their health.”

“Likewise, if children are getting the right amount of sleep, but are still sleepy during the day, or if they are sleeping more than recommended, this should raise a red flag that there may be an underlying sleep disorder that is affecting the child’s health.”